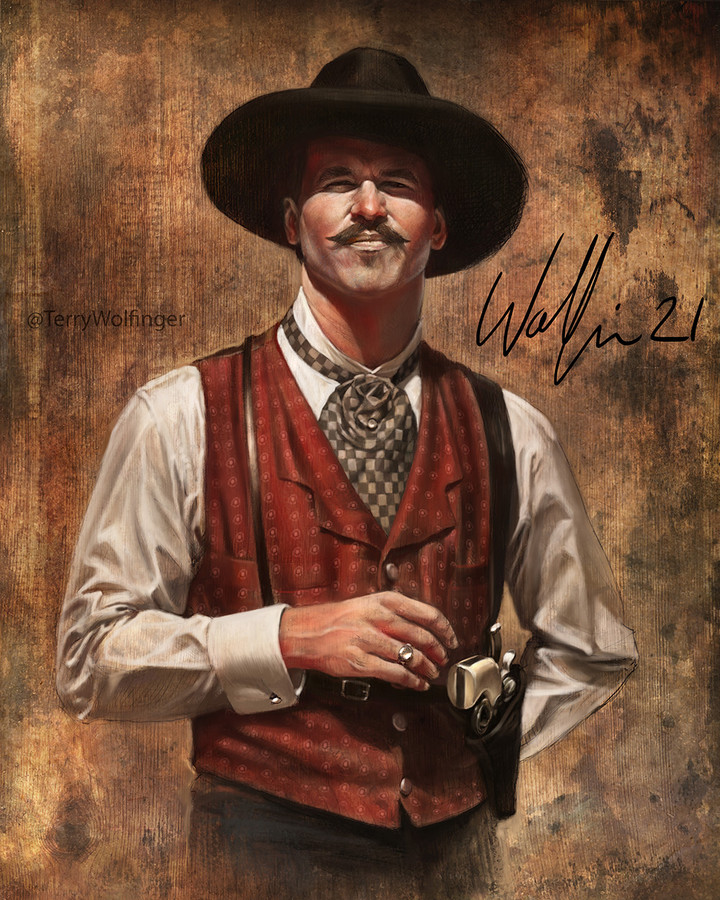 HERE'S YOUR SHOT. SOMEONE CANCELLED THEIR ORDER.

THIS IS THE LAST PRINT.

In anticipation for the upcoming solo exhibit from artist Terry Wolfinger, at Val's HelMel Gallery, we are very proud to reveal and release Terry's latest portrait of Val as Doc Holliday.

Terry Wolfinger, a California native, graduated from CalArts in 1989 with a BFA in Character Animation. After graduating he created animation for various rock video companies, then later became the cover artist for GameFan Magazine, creating over 100 unique covers. Terry has been a character concept artist for Stan Winston Studio and numerous video game and comic book companies. He has attended the Sebastian Kruger Workshop in Germany twice for painting.

His most recent work can be seen in Robert Downey Jr's latest film ,Dolittle, Harrison Ford's latest film, The Call of the Wild, and the Hulu original movie, The Happiest Season.

*Image watermarked to protect the integrity of the art. Signatures are on the lower corner*